By dismantling Peace Archives Directorate, the entity designed to oversee and manage the entirety of documents pertaining to human rights violations committed during the internal armed conflict, Secretary Arenales Forno and President Pérez Molina extinguished an invaluable contribution to the preservation of historic memory and to the State´s obligations under the Peace Accords, at the same time obstructing efforts to investigate the military for egregious human rights violations and crimes against humanity.

Marco Tulio Alvarez, former Director of the Peace Archives Directorate reads out GHRC’s denouncement of the closure of the Archives in Guatemala

On June 29th, the day that the Peace Archives Directorate officially closed, a funeral was held mourning the death of the truth. As part of the activity, GHRC presented copies of the petition signed by supporters denouncing the closure. The petition was read, twice, to those gathered. 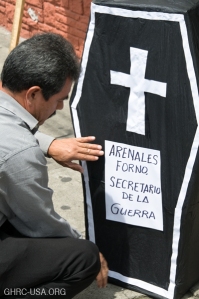 Forno, the Secretary of Peace, was responsible for the decision to close the Peace Archives. He has also denied that there was genocide was committed in Guatemala. 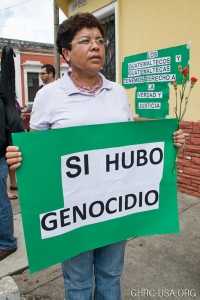 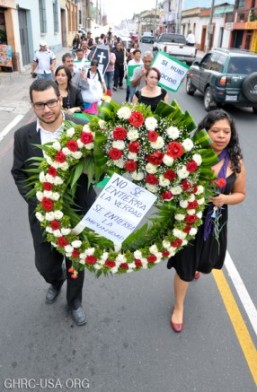 Member of the union representing the employees of the Peace Archives Directorate who were fired. 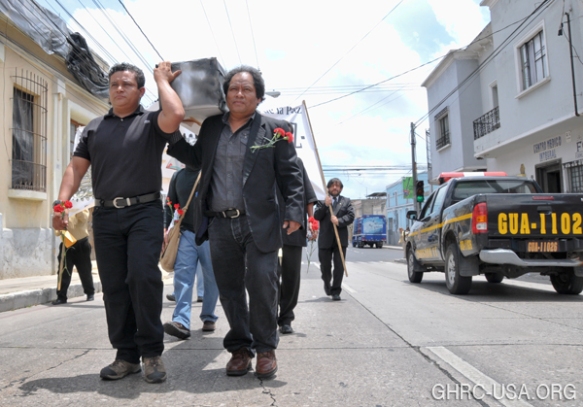