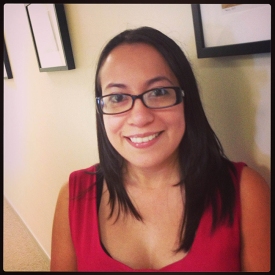 Sexual Violence as a War Crime in Guatemala: Mayan Women Struggle for Justice

GHRC Executive Director Kelsey Alford-Jones conducted an interview with Gabriela Rivera, a lawyer with Mujeres Transformando el Mundo (MTM), about the organization’s approach to seeking justice for sexual violence prevalent during the internal conflict, with a focus on the Sepur Zarco sexual slavery case.

GHRC explains the current political crisis, as well as what may come next for Guatemala on the Due Process of Law Foundation’s blog (in Spanish).

On Wednesday, June 3, the Guatemalan defense lawyer for Efraín Ríos Montt, Francisco Palomo, was shot dead by two men in Guatemala City. Palomo had previously defended former President Alfonso Portillo for charges of money-laundering in the United States. Along with the increasingly serious health condition of Ríos Montt, the death of his defense lawyer is expected to cause further delay in his trial for genocide. END_OF_DOCUMENT_TOKEN_TO_BE_REPLACED 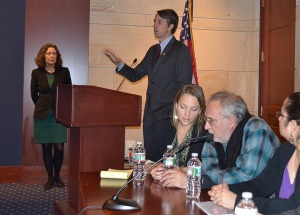 Congressman O’Rourke comments on drug war policy at the briefing

This month, GHRC, as a part of the Mesoamerican Working Group (MAWG), helped organize a briefing titled: “Rethinking the Drug War in Central America and Mexico.” The hearing was hosted by Congresswoman Michelle Lujan-Grisham (D-NM) and attended by Congressman Beto O’Rourke (D-TX), who called for an end to the current drug war model as well as fact-based evaluations to inform policy changes. Representatives at the hearing focused on three Central American countries – Guatemala, Mexico and Honduras – experiencing similar and dramatic effects of increased militarization as a result of the ongoing war on drugs. END_OF_DOCUMENT_TOKEN_TO_BE_REPLACED