As the situation continues to devolve in Guatemala, GHRC has remained committed to amplifying the demands of our partners on the front lines of defending human rights. In the last month, our Advocacy Team has been hard at work, leading two tours of Central Americans in Washington, DC to connect human rights defenders with policymakers and government officials.

From September 20-30, we had the immense honor of accompanying survivors and transitional justice advocates Demesia Yat de Xol, of Sepur Zarco, and Maxima Garcia Valey de Ric, of Rabinal. This year, the Maya Achi women of Rabinal and the Maya Q’eqchi’ women of Sepur Zarco were recipients of human rights awards from the Washington Office on Latin America (WOLA) for their tireless efforts to bring former civil patrollers and military officers to justice for sexual violence that occurred during the internal armed conflict. Our team arranged several meetings with congressional representatives and other government officials, including Representative Norma Torres. A roundtable with the State Department provided a vital space for the women to share their stories of survival and their fight for justice, and as well as their concerns for the future.

In spite of achieving convictions against those who perpetrated sexual violence against them during the internal armed conflict, the women explained that reparations measures established in the sentences still have not been carried out. Moreover, in the context of democratic backsliding in Guatemala, they expressed their fears as attacks against transitional justice advocates, attorneys, and even judges overseeing these cases continue to intensify. Finally, given the closure of institutions set up in the framework of the Peace Accords, such as the Secretariat for Agrarian Affairs, the women shared their fears about further violent displacement of their communities. 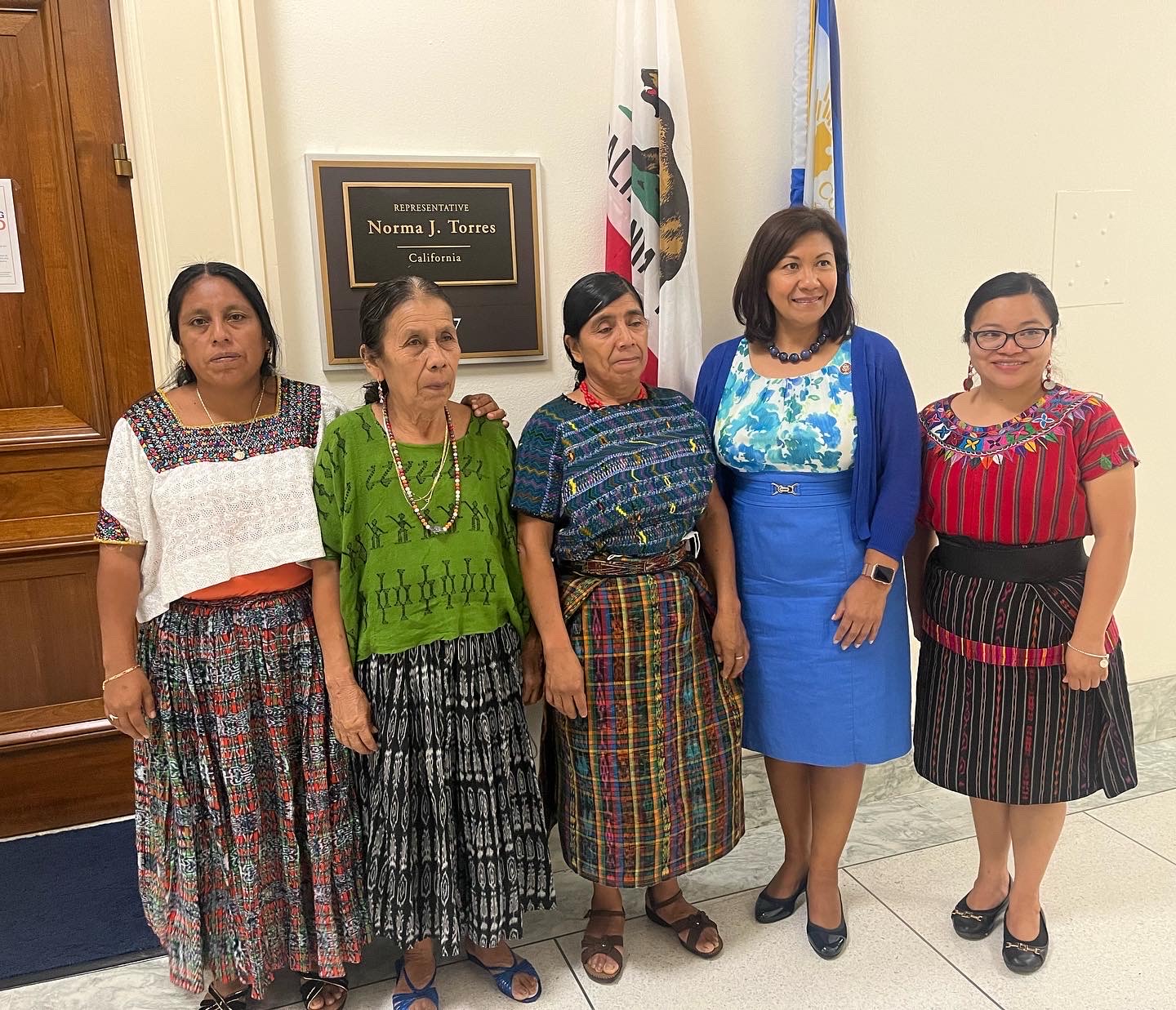 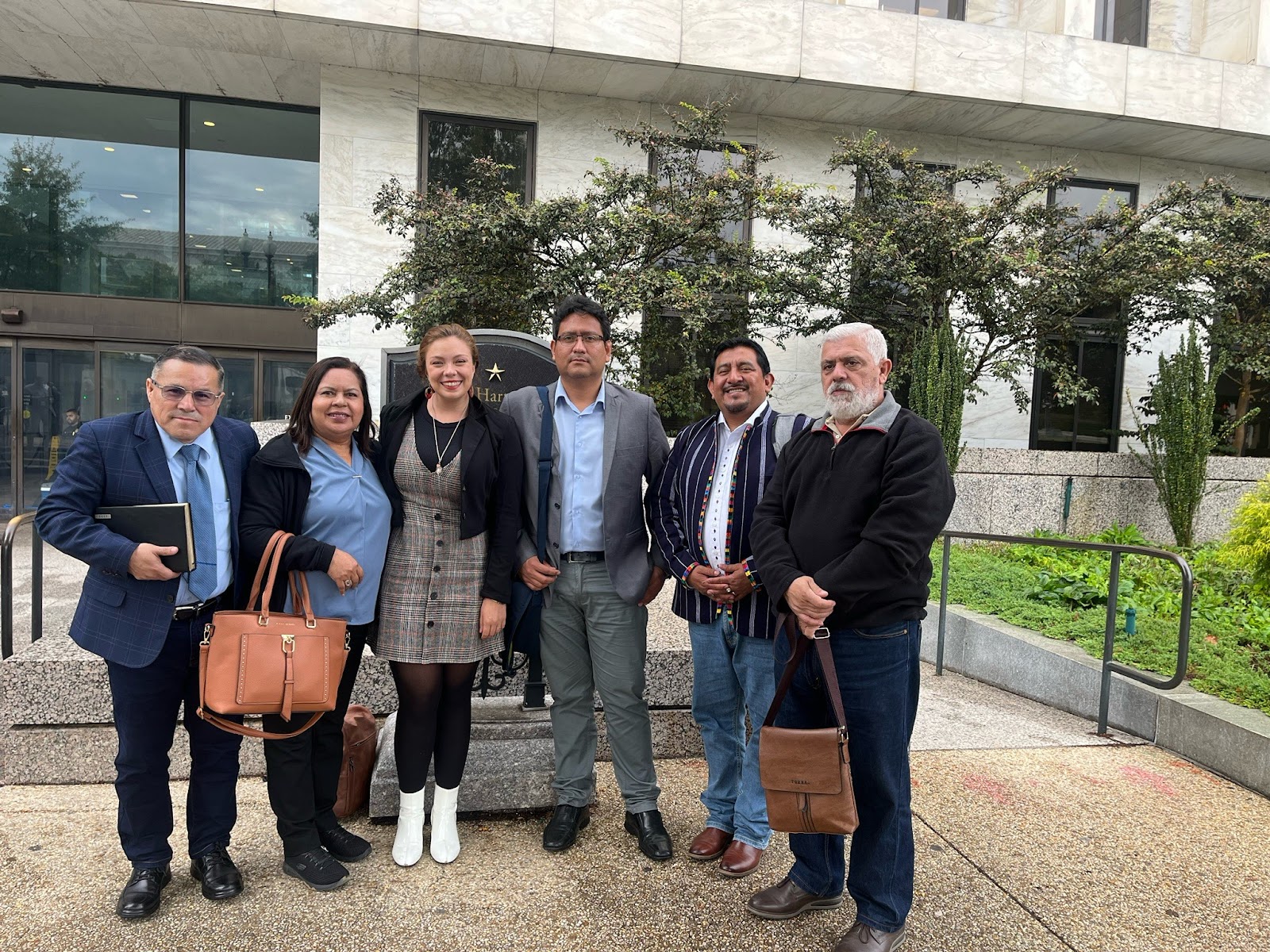 This week, we led a DC tour for human rights defenders from Central America. This coalition–consisting of human rights groups from Guatemala, El Salvador, Honduras, and Nicaragua–was formed to address common concerns and trends in the region. In a packed four days, we met with congressional offices, the State Department, the Inter-American Commission on Human Rights, and several DC- based human rights groups.

Guatemalan representatives with the Center for Human Rights Legal Action (CALDH) and Indigenous Peoples’ Law Firm highlighted their concerns regarding the dramatic regression in human rights in Guatemala. In particular, they emphasized the lack of protections for human rights and land defenders, as institutions are overtaken by corrupt forces. The group called for stronger action from the US government, including robust support for civil society and human rights defenders, the suspension of security aid to the region, and the re-evaluation of pending loans in order to ensure compliance with human rights standards.

For 40 years, GHRC has been committed to supporting the people of Guatemala as they struggle to defend their rights. Our 40th Anniversary Celebration is scheduled for November 3 at the Art Museum of the Americas in Washington, DC. Our founder, Sister Alice Zachmann, will be attending by Zoom. We would love for you to be part of that special evening.

We will also be honoring the Ixil Authorities and the Chicoyoguito Resistance as the recipients of this year’s Alice Zachmann Human Rights Defender Award. Don’t miss this opportunity to hear from these incredibly brave defenders! Email veronicaserranotama@ghrc-usa.org or fill out this form to register.

In honor of our 40th anniversary, we are encouraging donations in multiples of 40. Donate using this link or send us a check to 3321 12th St NE Washington, DC 20017.

If you can’t attend but would like to support our work, any amount is appreciated!